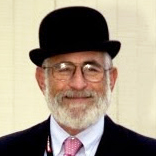 Charles Franklin is retired from the retail and commercial real estate business. For more years than he says he wants to count, he has volunteered as “cockroach, the ancient camp counselor” at a variety of camping programs including at MEarth. Charles was born and raised in Southern California and moved to the Peninsula in 2002. He attended Cal Poly San Luis Obispo and received a law degree from Loyola Marymount. He and his wife, Susan, have three sons and three granddaughters. Charles is a supporter of the No Child Left Inside movement and hopes to promote the community’s appreciation of the natural environment.